Key players discuss how a sustainable lifestyle can and should be part of our lives now and always. 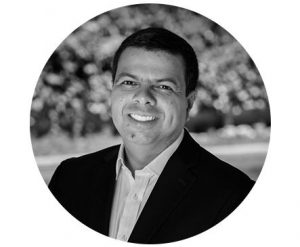 Alinio Azevedo, Managing Director and Chief Operating Officer of The Little Nell Hotel Group, a division of Aspen Skiing Company, leads the company’s management and expansion strategies as well as oversees the operation of its portfolio of owned and operated hotels and residences. Alinio’s twenty-year career includes hotel/resort acquisitions and development for Loews Hotels, the opening of a Miami development office and brand expansion in the Americas for Four Seasons Hotels and Resorts, and hospitality and real estate advisory services for Ernst and Young LLP in Miami. Community involvement has always been vital to Alinio as a third-generation Rotary International member and as a participant in Colorado’s Roaring Fork Valley community initiatives to support low-income immigrant families and families with premature babies. As a former adjunct Professor of Hospitality Feasibility in the Hospitality Management Master’s Program at Florida International University, Alinio served as a mentor to the next generation of hospitality leaders.

Peter Greenberg, winner of multiple Emmy awards, is America’s most respected travel news journalist. Known as “The Travel Detective,” he is the Travel Editor for CBS News, appearing on CBS This Morning, CBS Evening News and CBS Sunday Morning, and his CBS Eyes on Travel radio show is broadcast from a different location around the world each week. He also presents a TV series with must-have information and insider tips of destinations and places unknown by the general public. Peter Greenberg was named by Travel Weekly one of the most influential people in travel, inducted into the U.S. Travel Association’s Hall of Leaders for his contributions. He received an Emmy Award for News & Documentary and an Emmy Award for Best Investigative Reporting. When he is not reporting all over the world, Peter is an active volunteer fireman in New York. 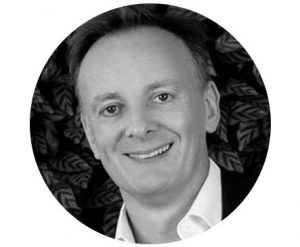 Toby Smith, Deputy Chairman at Swire Hotels, that has a portfolio full of emblematic hotels, such as The Opposite House and EAST, Beijing, The Upper House and EAST Hong Kong, The Temple House in Chengdu, The Middle House in Shanghai, and EAST, Miami, all sharing the common goal of providing an extraordinary experience to those travelers seeking originality, style and customized services. Toby was born in the U.K. and joined the Swire group as a Management Trainee in 1991, after graduating from the University of Bristol. Later on, he has held positions within the group’s shipping and aviation sectors as the General Manager of Sales and Distribution at Cathay Pacific Airways, which has taken him to countries as diverse as Papua New Guinea, Vietnam, Australia, Turkey, Sri Lanka, France, Singapore, and Hong Kong.

Sergio Lozano, Managing Director of Nuba Group and Vice-President Business Development of Nuba LATAM, a company founded in 2016 and specialized in developing customized experiences to its customers. Previously, in 1982, after 38 years in the tourism industry, Sergio founded Lozano Travel, with headquarters in Mexico and the U.S. He is also the founder of ITeXplorer and TravelStudio, technology solutions for individual multi-destination travel. After being part of important advisory boards of renowned hotels, Sergio is currently a member of the Four Seasons Travel Partner Advisory Board, and is proud to say that he has visited over 120 countries.

Weekend vibes… who else feels like learning to s

Peru offers a portal to a journey of extraordinary

New York: One of the most loved cities in the worl

Floating in a field of jelly fish in the beautiful

It's the color of the water, the climate, the rece

The purpose of World Emoji Day is to promote the u

The Potala Palace, winter palace of the Dalai Lama

Üçhisar is situated on a hilltop within a fairy

Just a perfect day at our favorite hotel in the Uc